Faith Made Real — A Graphical Epistle of James 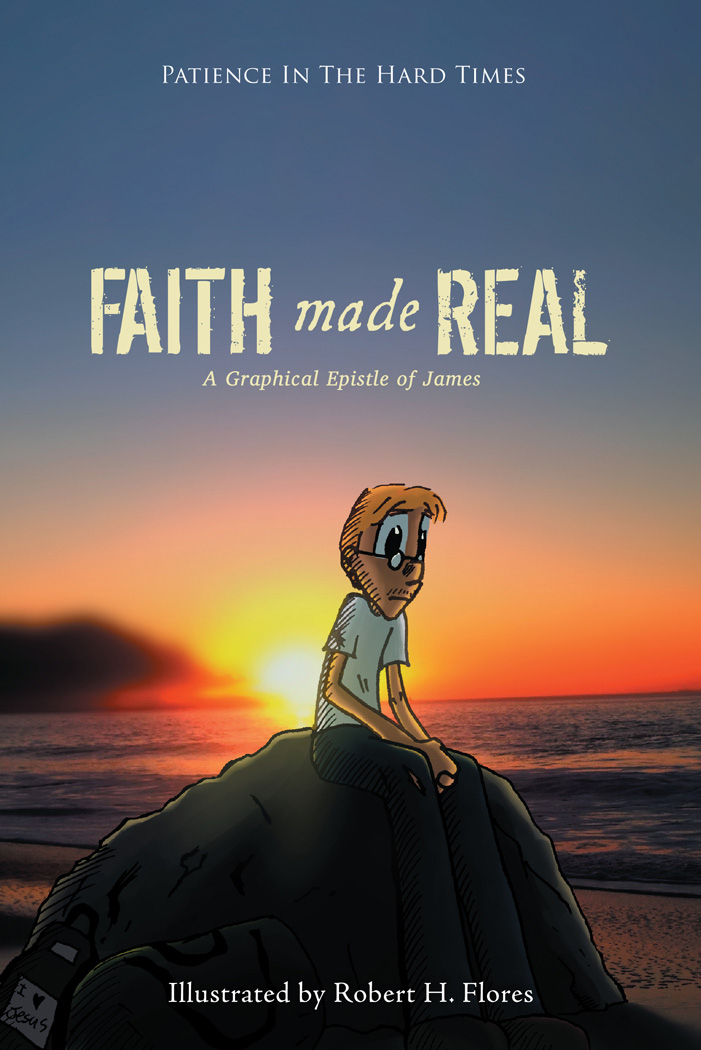 Down on his luck, a young man seeks to find employment in a very hard economy. His faith is tested as he is tempted to self-preservation.

“Blessed is he who considers the poor; the Lord will deliver him in time of trouble.” — Psalm 41:1

James was the half-brother of the Lord Jesus (Mt 13:55), and was also one of the “pillars” (Gal 2:9). He is also mentioned as seeing Christ’s resurrection (1 Cor 15:7) and also assembled with those after the Ascension (Acts 1:14) that waited for the Holy Spirit’s coming. James became a leader in Jerusalem (Acts 12:17; Gal 1:19). James and Paul had correspondence that related to new Gentile converts (Acts 21:18), and spoke of the Gentile Christians in Antioch (Acts 15:13-19) James’ focus of ministry was that of the Jewish believers, hence the audience for this epistle. Some scholars suggest that this epistle was written shortly before his martyrdom in A.D.62. Other scholars suggest the date to be around A.D.46, near the time of the Jerusalem council. James may have been one of the earliest books written in the New Testament, if not the earliest. James sets forth topics such as pride and humility, patience, wealth, poverty, faith and actions. James shows that real faith reveals itself in the actions of the believer.